Aigues Mortes, medieval fortified town by St. Louis in the 13th century, has a prestigious medieval heritage in the middle of the swamp in one of the most beautiful sites in the Camargue. Dive into the world of the Crusaders of St. Louis.

Discover the salt pans, the fabulous Camargue salt and its pink water that make the place magical and so special.
After a serious illness, King Louis IX of France decided to undertake a crusade to Jerusalem but at that time the kingdom of France had no port in the Mediterranean. So he bought the land from the Benedictine Abbey of Psalmody, which was crowling under heavy debts, and began in 1240 to build the walled city of Aigas-Mortas, first opening to the East. Louis IX led twice the Crusades: the 7th Crusade in 1248 and 8th in 1270 Crusade to Tunis, where he died. The city was not completed until 30 years later vers1305.

Later, the Tour de Constance was also a prison used by king Philip le Bel, in the early 14th century to imprison the Templars and in the 15th by Henry de Montmorency against the Protestants living in the city.

Board the little train for a magical trip of more than an hour around the salt marshes. The work of , guardian of this unspoiled, wild and generous nature will have no secrets for you. Also  a visit at the salt museum. 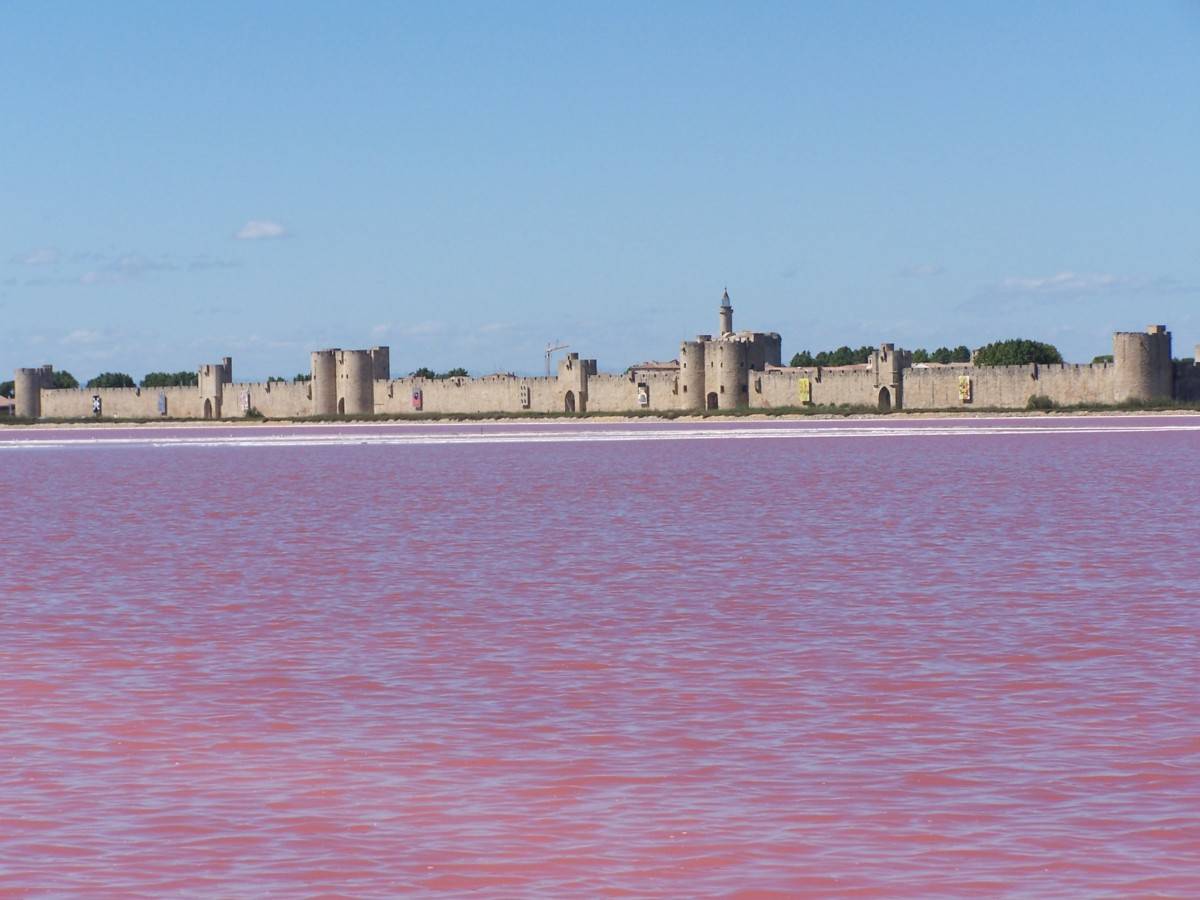